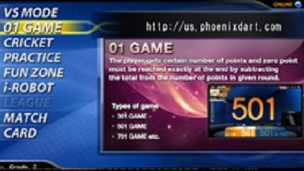 The main purpose of Cricket is to "own" as many cricket numbers as possible. You must hit the same cricket number three times before your opponent does in order to "own' the number. Only then will the cricket number be available for you to score. Along with the 01 Game, this is a universal standard game. 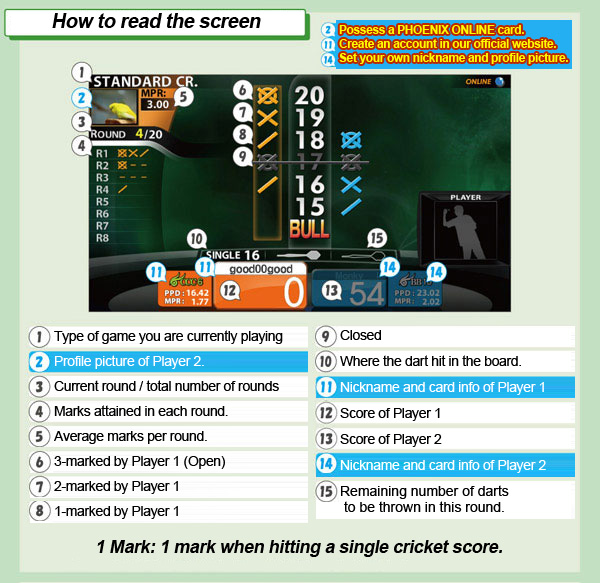 [How to Play ]
Similar to Count-Up or 01GAME, players begin by throwing 3 darts in each round. In Standard Cricket game, numbers from 15~20 & bull's eye are valid for scoring. By attaining three marks for these 7 numbers, players can possess it as their territory. From the fourth mark, players can score according to the number that is hit. In the case of bull's eye, Double Bull is counted as 2 marks, whereas the Single Bull is counted as 1 mark. When your opponent scores 3 marks in your territory, nobody can score from that number. (This is called 'Closed')

[Win/Loss]
Player with the highest score at the end of the final round wins. In case players have higher scores than their opponent, players can win before the final round by closing all the valid cricket numbers & bull's eye.